Just a five-minute walk from the road outside Port Renfrew, British Columbia, Canada, the ancient cedars and Douglas firs have become a very popular attraction!
This interesting grove is filled with large western red cedars and Douglas firs. All normal? Absolutely no, in fact, many trees seem to be growing out of each other, with knots as if there was a struggle to break free of their bark!
The southern end of Vancouver Island in British Columbia has the perfect climate for growing trees: It gets plenty of rain and the climate is fairly mild (for Canada, of course!).
The area around the little town of Port Renfrew (a very small community with a population of about 150 people) is located right in the middle of this perfect climate, so it’s normal that some of the world’s largest trees grow there. The most famous trees are located in Avatar Grove, a small protected stand of huge cedars and firs.
The highlight of the grove is Canada’s gnarliest tree, a massive cedar with a giant burl growing out of its lower trunk.
The grove was discovered in 2009 and has been protected and closed to loggers since 2012. Exists walking paths laid out along the way to the tree, through the upper and lower grove. 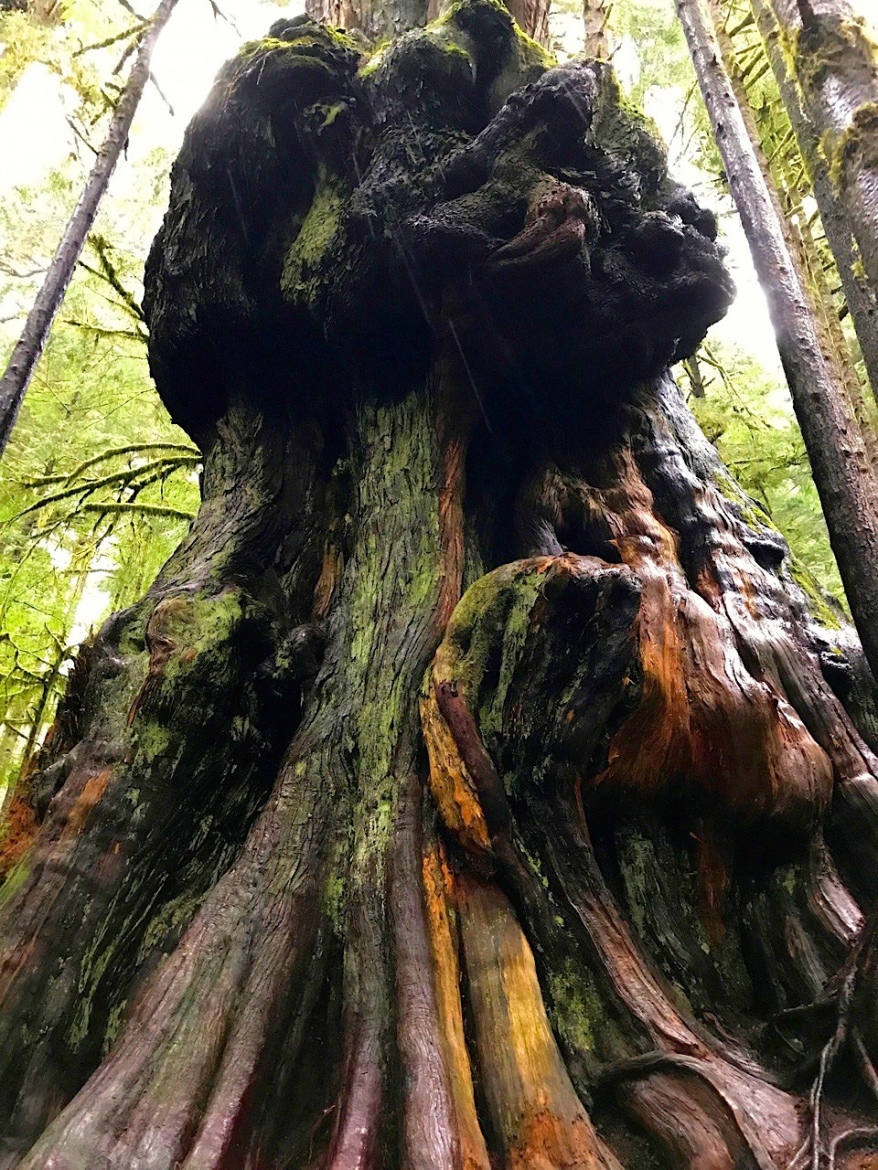