“Half-Hangit” Maggie Dickson: the woman who survived the hangman’s noose.

Maggie Dickson was consigned to the gallows on Edinburgh’s historic Grassmarket on September 2, 1724. So, it was unlikely that anyone attending her public execution thought they would see her alive again afterward.
The day of the hanging should have been just another ordinary day, with an ordinary routine on an ordinary schedule: just the hanging of another ordinary woman sentenced to death.
Her public death was certainly observed by both court and church representatives, family members and relatives, and probably other people who, as usual, were there just for the grim entertainment of the event itself.
All regular, except a little incident which was resolved quickly: John Dalgliesh, the woman’s hangman, had left Dickson hands-free, and she attempted to relax the noose. However, the crowds were quick to throw her a stone or two, to prevent any manipulation. The woman was eventually “hanged for the usual length of time” and her body was claimed by family members who carried on to give her a proper funeral.

From Edinburgh, the cart carrying the coffin with her body was to be taken to Musselburgh, her place of birth. However, the funeral party never reached Musselburgh.
With Edinburgh behind their back, the group accompanying Margaret’s body stopped for drinks and refreshments at Peffermill. The coffin with the body in it was left outside the local inn, which is when it happened, according to the several varying versions of the story. Noise and sounds were heard coming out from inside the coffin and, against all odds, Maggie Dickson was alive.
She was well enough to walk the rest of the way to Musselburgh the next day. 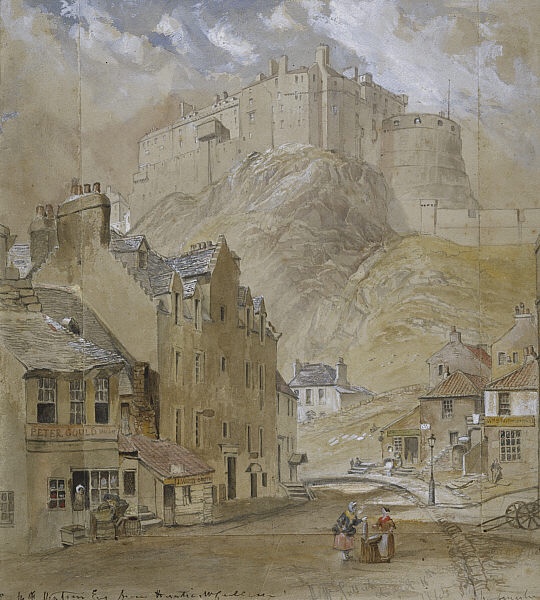 But why was the woman sentenced to death?
There are several versions exist of how Maggie Dickson committed the crime of infanticide, leaving the lifeless body of her newborn on the bank of a river.
Maggie Dickson was born in Musselburgh in about 1702 and subsequently brought up there. Around 1723 Maggie was working as a fish vendor, her husband was a local fisherman. However, he quickly left the scene after, depending on the version of the story you read, being press ganged into the Royal Navy or going to work on the fishing fleet in Newcastle, or he could have simply abandoned his wife. In any case, Maggie needed to find other ways to support herself.
She ended up working in an inn, probably in the small burgh of Kelso, in the Scottish Borders area. Things got complicated as Maggie found a love interest in the son of the innkeeper and became pregnant. Keeping the child was an issue for several reasons: she was still married, the baby was illegitimate, and, in addition, the father of her undesired baby was younger than her.
So, Maggie concealed the fact of her pregnancy and the baby duly arrived, prematurely. It is unclear whether the baby was stillborn or died shortly after birth, and how or if he died.
Either way, Maggie abandoned the body on the banks of the River Tweed, where it was found the same day, and It is said she was unable to toss her child in the depths of the flowing waters.
Maggie was arrested and subsequently tried in Edinburgh. Some sources say she was charged under the Concealment of Pregnancy Act, but it seems more likely she was tried with causing the death of her child. Based on questionable medical evidence that the child had been born alive, she was convicted and sentenced to death. 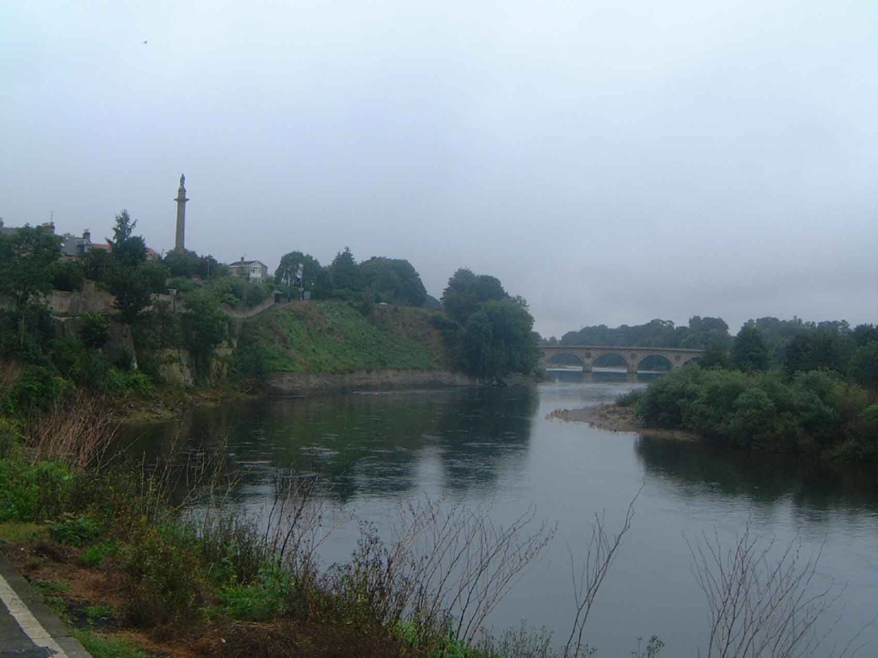 So what would happen to Maggie after she apparently re-awoke from death? According to Scottish law at the time, and to what officials later on also agreed, her punishment had already been carried out.
The woman was hanged once, so would not be subjected to the gallows again. It was seen as “God’s will” that she carried on living. It seems that Maggie Dickson was reunited with her husband and had several children with him, and she also resumed with her duties as fish and salt vendor.

Historically, substantial changes in Scottish law concerning death penalties were implemented in 1790. It was also around this time that the legal vocabulary concerning the sentence of hanging was also slightly altered. In Maggie’s time it only read that the convict should be “hanged,” and later the sentence was revised with two extra words: “hanged until dead.”
However, her case was a much-debated matter back in the 18th century and it had attracted a lot of public attention, making her sort of local celebrity. People started calling her Half-Hangit Maggie (Half-Hanged).
Some say that Maggie survived because she had become a “good friend” of the ropemaker who supplied the hangman: and the early breaking of the rope allowed her survival. Whatever the reason for her survival, her story is remembered in the name of Maggie Dickson’s Pub, which overlooks the scene of her execution in Edinburgh’s Grassmarket.

As already announced in our list of volleyball world transfers, superstar Ivan Zaytsev is officially a new player of Kuzbass Kemerovo! Given that the 31-year-old opposite hitter has a valid […]

Bulgaria: Prandi remains at the helm of Bulgaria

Silvano Prandi will continue coaching the Bulgaria men’s volleyball National Team. Lyubomir Ganev, the new President of Bulgarian Volleyball Federation (BVF), said that the contract with Prandi has been extended […]

The Dutch volleyball National Team duo Wouter ter Maat – Maarten van Garderen will play together in Ziraat Bankası next season. The good performance of the 29-year-old opposite hitter Ter […]

The Turkish volleyball side Ziraat Bankası won’t change its head coach: the Italian expert Giampaolo Medei agreed to command the Ankara based team for one more season. Former head coach […]

Brazil: first reinforcement for Sada Cruzeiro in next season

The sixth-time Brazilian volleyball Championship winners, Sada Cruzeiro announced the first name of their squad for the 2020/21 season: one of the world’s most promising names Miguel Ángel López. 🛒—TRANSFERS […]

Modena’s farewell from Max Holt, he is staying in Italy? Monza?