Wandering through Wallenstein Palace Garden in Prague: the Dripstone Wall

We are in Prague, a magnificient city full of hidden alleys and charming walkways. Hidden behind the high walls, at the heart of baroque palace grounds, among a variety of […]

If the Easter Bunny needed a place to safeguard his eggs off-season, the quaint village of Sonnenbühl in Baden-Württemberg would be ideal! With its overwhelming hospitality, Sonnenbühl is a little […]

We are in England. It is one of the greatest mysteries of Avalon, the legendary island featured in the Arthurian legend, that two different healing springs, one touched red with […] 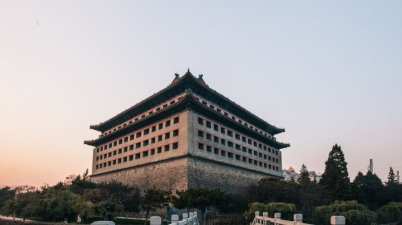 We are in Beijing, China. The Fox Tower at Dongbianmen (chinese 东便门 ) has been said to be haunted from pretty much the moment it was founded in 1564. Initially […]

All we know that Dublin is the capital city of Ireland. Located on the East coast of the country, it is the most densely populated metropolis on the Island and […]

Why in Havana a nude woman with a fork mount a rooster?

We are in Havana, Cuba, and there’s a mysterious brass statue in Plaza Vieja: A woman sits atop her big, feathery mount, her voluptuous form completely naked except for the […] 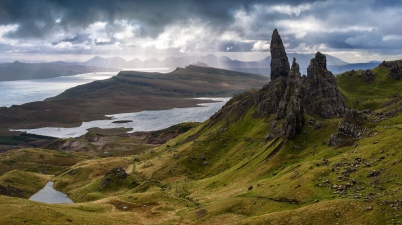 The Old Man of Storr – Scotland

From rock-dwelling giants to mermaids and seals who steal the hearts of local women, Scotland’s islands still today teem with tales of their legendary pasts. We are in the Isle […]

Ponyhenge: a Lincoln field, a herd of hobby horses, and an unsolved mystery!

On a small patch of deserted farmland in the town of Lincoln, in the US state of Massachusetts, broken-down rocking horses, plastic ponies and other assorted horse toys are scattered […]

In the area of Red Feather Lakes, Colorado there is a dirt road where, if you pay close attention to the bushes and trees, you will find that you are […]

Sitting in a valley surrounded by rugged hills, Graz is the second largest city in Austria and has historically been an important point of passage between Western and Eastern Europe. […]

The Grassy Point Bridge was authorized by the states of Wisconsin and Minnesota in 1887 to cross Saint Louis Bay at the shortest possible location. It was built by the […] 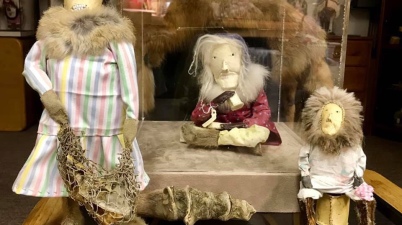 Aunt Claudia’s Dolls, a collection of unique items that includes the most diverse display of northern indigenous dolls.

After World War II, Claudia Kelsey, a longtime toy collector, moved to Juneau, Alaska with her friend Beatrice Shepard, Bea, to set up a life as an artist. She brought […]

There is a popular story, “Three Billy Goats Gruff”, in which three little goats are trying to get across a bridge, but a troll who lives underneath it threatens to […]

Libreria Acqua Alta: one of the most interesting bookshop in the world.

Perched on a lagoon in the Adriatic Sea, the beautiful city of Venice evokes countless quaint aquatic images, from gondolas and vaporetti lumbering down the canals to tiny bridges arching […]

We are in Coyoacán, Mexico. Known officially as the Mercado Artesanal Mexicano (Mexican Crafts Market), but colloquially as El Bazar, this market is a reference point in city center. Located […] 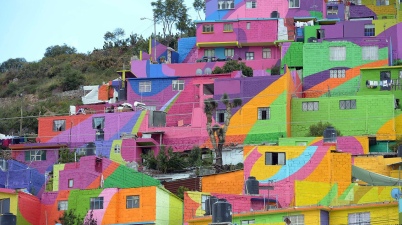 We are just north of Mexico City, in Pachuca de Soto, the capital city of the Mexican State of Hidalgo. The city boasts one of the largest murals in the […]

On a day usually set aside for romance and sweet lovers, despite its dark origin, a trap was set that ended the crime careers of seven men and launched Al […]