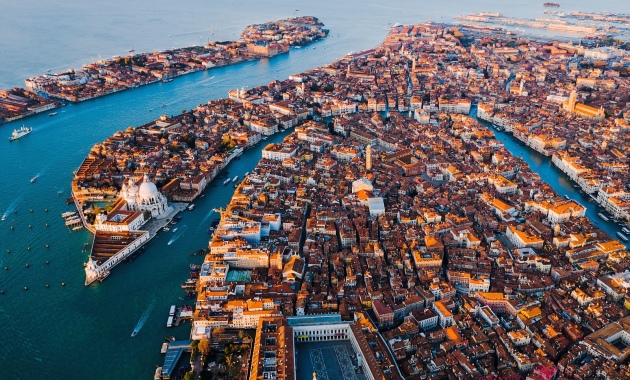 Venice: the only city in the world whose shape resembles a Swan

It is called “Pareidolia”, and it is the tendency for incorrect perception of a stimulus as an object, pattern or meaning known to the observer, such as seeing shapes in […]

Onions in the Middle Ages were so precious that they were used also as money!

How many tears are shed by peeling an onion? Despite this little drawback, the use of the onion is normal, both for the taste that ensures in countless recipes, and […]

Ariduka55: the japanese illustrator and his world where humans live among giant animals.

A super creative mysterious illustrator from Japan, imagines the world like no other. On social media, the artist is known as Ariduka55, or Monokubo, and it seems artist loves cats […]

Prisons in comparison: 35 images from cells throughout the world.

All roads lead to Rome: a tangible reality or just an ancient expression?

All roads lead to Rome: the ancient expression used since the Roman Empire, never really fallen into disuse, is it a tangible reality or just a hypothesis without foundation? Moovel […]

Here we are: Frog eye salad is probably a sweet lie: of course not made of frog eyes and it isn’t even your normal lettuce-based salad. This sweet, creamy dish […]

In the past friendship, before Facebook and the other social networks, was an exchange of affection, sharing of common experiences and a direct knowledge of the other that defined a […]

Durian: the fruit banned from trains, hotels, and public places~

Here we are: That’s not a joke! This watermelon-size fruit is so pungent that it’s banned from trains, hotels, and public places. It smells like rotting flesh, looks like a […]