Malinta tunnel: war and ghosts in the Philippines

We are off the coast of the Philippines. Corregidor Island was a strategic place to hold during WWII, in fact the island was seen as the key to Manila, sitting […] 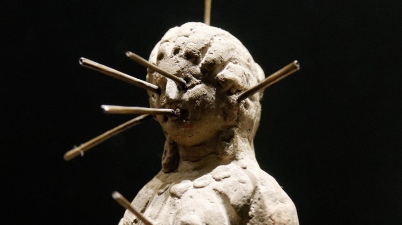 A binding spell is a magical formula intended to “bind” or restrain a person’s will or behavior. Examples of binding spells include love spells, attempts to silence enemies, or any […]

The mystery of the missing keepers at the Flannan Isles Lighthouse

The Flannan Isles, off the coast of northwestern Scotland and named after an Irish priest called St. Flannan, have been the subject of a mystery lasted over 100 years. On […]

The mystery of the Vampire of Highgate Cemetery in northern London~

In north London, England, in the old suburb of Highgate lies the homonymous cemetery. Here are approximately 170,000 people buried in 53,000 graves across the Highgate‘s West Cemetery and the […] 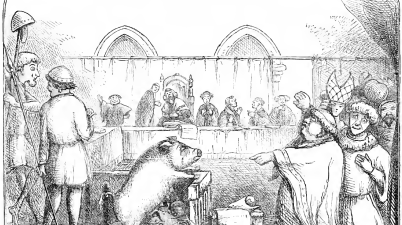 The bizarre medieval trials against animals

Even if it might seem bizarre to modern observers, animal trials were commonplace public events in medieval and early modern Europe. Pigs, cows, goats, horses, and dogs that allegedly broke […]

Point Nemo: the most remote place on Earth, and Space Vehicles cemetery

People often vaguely refer to “the middle of nowhere,” but as it turns out, scientists have actually figured out precisely where that point is. Point Nemo, the most remote location […]

It’s Great To Be Alive! An unintentionally funny safety booklet from the 1950s

According to this 1950s Police Safety League booklet there is life threatening danger at every corner for the teen and pre-teen! Looking at these scanned images from the guide It’s […]

The “Unknown of the Seine”: the most kissed face of all time!

In the late nineteenth century, around 1880 the body of an unidentified young woman was pulled from the River Seine in Paris. The custom at the time with unknown bodies […]

An evening at the theater in Vancouver: Vogue and Orpheum, and the resident ghosts!

Vancouver is a stunning mountain set city, but in addition it have a lively cultural scene fostered within ornate and historic theaters. Granville Street lies in the heart of Vancouver’s […]

Caracciolo Castle: an abandoned jewel in the heart of Abruzzo – Italy

Tocco da Casauria loses its origins between history and legend. The first information of an inhabited place in this territory is in the year 872. It was the primitive village […]

The macabre Bohnický Hřbitov Cemetery, the ‘cemetery of fools’ near Prague

Behind a rusty gate, under tall, dark trees in the suburbs of Prague, there is an old graveyard that used to belong to the nearby mental asylum in the village […] 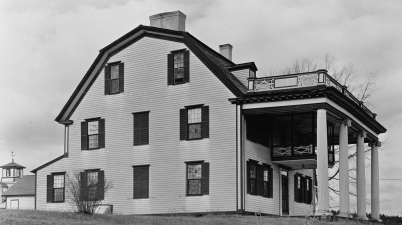 The mysteries of Colonel Jonathan Tyng House in Tyngsborough, Massachusetts

If you’re looking for ghosts near Nashua, New Hampshire, or Tyngsboro, Massachuset (just south of Nashua), you can visit the haunted Tyng Mansion site. It’s just next to a haunted […] 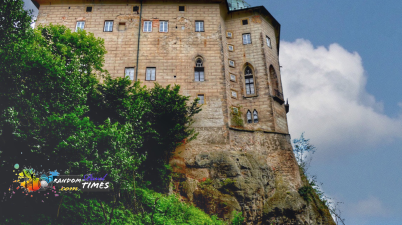 The macabre legend of Houska Castle, about 50 km distance from Prague.

In the second half of the 13th century, a mysterious Gothic castle was built in the forests north of Prague. It wasn’t near any water, it is never been a […]

Minot’s Ledge is a rocky coastal area located one mile off the coast of Scituate, Massachusetts, to the southeast of Boston Harbor. It’s estimated that here dozens of ships have […]

Maneki Neko: history and legend of the Japanese lucky cat

Japan is a great country for cat lovers: there are, for example, islands with more cats that inhabitants, and the most popular is Tashirojima, or you can drink something in […]

If you’ve ever been to China or Taiwan or read about Chinese society, you’ve probably come to realize that Chinese culture abounds with the most unusual and macabre customs and […] 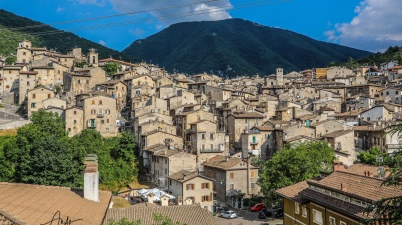 The village ef Scanno appears like small stone houses embracing each other with their tiny roofs. These roofs, so perfectly spread, have inspired hundreds of photographers and artists from all […]