The controversial Captain Cook’s memorial, where he met his violent end.

We are on the Big Island of Hawaii, precisely at Kealakekua Bay, where an 8-meters-high obelisk looms up from the coastal forest to remember the place where British explorer Captain Cook met his violent end.
The obelisk was set up as a memorial by his compatriots in 1878, on a land that, while still technically part of the United States, is owned by the British. Rising up against the sky, the tall white spire strikes a beautiful contrast against its natural surroundings: the rugged ground, the high cliffs and the lush surrounding vegetation. A plaque rests on the base of the structure, telling the story of his arrival and death in Hawaii.

The small plaque marks the exact spot where Captain Cook is believed to have died.
The plaque reads the following: “In memory of the great circumnavigator, Captain James Cook, R. N., who discovered these islands on the 10th of January, A.D. 1770, and fell near this spot on the 14th of February, A.D. 1779. This monument was erected in November A.D. 1874 by some of his fellow countrymen.”

Just behind the obelisk in the forest are the ruins of the ancient village of Kaawaloa, a sort of inverse memorial to the Hawaii, a world that was changed after the arrival of outsiders that was marked by Captain Cook’s visit.
The obelisk is understandably controversial: in fact some Hawaiians see it as a tribute to a man who invaded their islands and whose presence forever changed their land.

James Cook (the British explorer who discovered the Hawaiian Islands in 1778) was already popular for traveling (and mapping) the unexplored waters of the world when his crew landed just at Kealakekua Bay on January 17, 1779 in order to repair a broken mast.
Initially the Hawaiians, thinking they were returning gods, gave them a warm welcome and held a feast in their honor. However, soon things got out of hand, and thension reached its peak when one of the locals was somehow struck down with an oar.
Accidentally or not, although he soon recovered and tried to return the peace, his fellow Hawaiians already had the Cook crew cornered in the surf where they were pelt them with rocks. So, the natives had realized that Cook and his men were mere mortals.

Captain Cook, who didn’t witness the scene, decided on February 14, 1779, to go on the offensive: he got his gun and armed a few of his men and went into the village of Kowrowa where there was the King of Hawaii.
So he attempted to take the King by force, but the Hawaiians resisted. It got violent when a Hawaiian nobleman was shot in the chaos, and Cook and his men were driven back to the shore. It was there, in the shallows of the water, that Cook was bludgeoned and stabbed to death.

The monument is not easy to reach, requiring either a docking from the water or a two and a half hour hike on Captain Cook Monument Trail. However, the hike is very picturesque, between lava fields and rampant patches of sugarcane, and the snorkeling at the monument attracts lot of visitors. 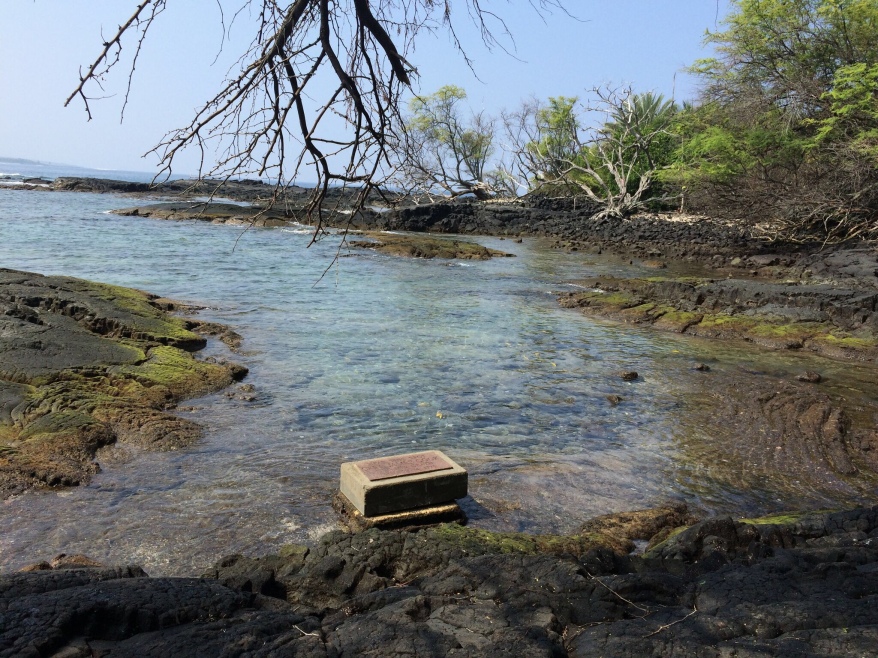 The European Volleyball Confederation (CEV) will financially help clubs who participated in European cups this season. Due to coronavirus pandemic that forced national federations, but also CEV itslef, to put […]

For the first time in history, Italy won’t participate in VNL

The next edition of the annual prestigious competition FIVB Volleyball Nations League will be played without the men’s and women’s national team of Italy. It will be the first time […]

Bulgaria: the season is over. Burgas wins.

After a videomeeting, the Bulgarian federation has opted to cancel the remaining part of the season of men’s and women’s championships. However, it was decided to assign the titles based […]

Argentina: the season is over

After a first suspension until March 30 due the coronavirus pandemic, the 4 semi-finalists of the ACLAV League (Bolivar, UPCN, Ciudad and Gigantes) agreed to definitively cancel the championship without […]

Bednorz to Zenit Kazan: this is one of the biggest transfers in Polish volleyball history