Berlin: The Return of the Cows

Dietrich-Bonhoeffer Strasse is a quiet street in Berlin, which lies on the lively edge of gentrified Prenzlauerberg’s encroachment into Friedrichshain. If you are in the splendid German capital, apparently there […] 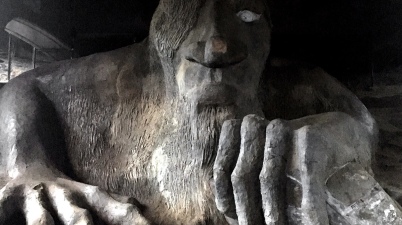 A five and a half meters tall troll, made of cement lives underneath an overpass in Seattle’s Fremont neighborhood. With only half of its torso showing, the concrete statue appears […]

In the Makomanai Takino cemetery, in the northern Japanese city of Sapporo, the famous Pritzker Prize-winning architect Tadao Ando, designed a spectacular temple, opened in December 2015. “The aim of […] 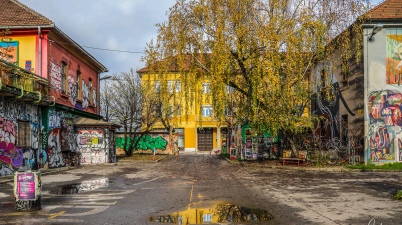 If you ask any local in Ljubljana, they will point you in the right direction, 5 minutes from the city centre of Slovenia’s capital city. The area now known as […] 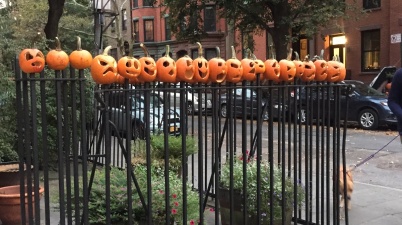 Jane Greengold and the Impaled Pumpkins of Kane Street – Brooklyn

Halloween is a tradition in Cobble Hill, and Jane’s 274 spike fence is a tradition at the neighborhood. It was October 1998 when artist and public interest lawyer Jane Greengold […]

The Red Ghost of Quartzsite, Arizona~

Quartzsite, Arizona, is a small town with a passion for camels. Camels play a big role in this community’s history, so it’s no wonder that camel replicas pop up all […]

The Devil Heads that loom over the village of Želízy in Czech Republic.

The International Car Forest of the Last Church is the unusual dream project of two Nevada artists. Some artists work with paint, others with clay, marble or stone. Chad Sorg’s […]

The “Merry Cemetery” in Romania: colors and irony to exorcise death.

For us cemeteries are places of mourning and sadness: these are places in which the dead rest. On the tombstones usually only the dates of birth and death appear. When […]