Kouign-Amann: one of the fattiest pastry in the world.

French culinary traditions are a never-ending story and every town boasts of their own tasty specialties.
The north-western tip of France, bathed with cold waves of the Atlantic ocean, belongs to Brittany: Bretons are proudly different from the rest of France, have their own language, customs and favorite foods. Slightly salted butter plays a key role in their cuisine. Kouign-amann is one of the first examples of Breton flavors.
Some Bretons claim that their creation treat is the fattiest pastry in the world, and I fear that might actually be true! 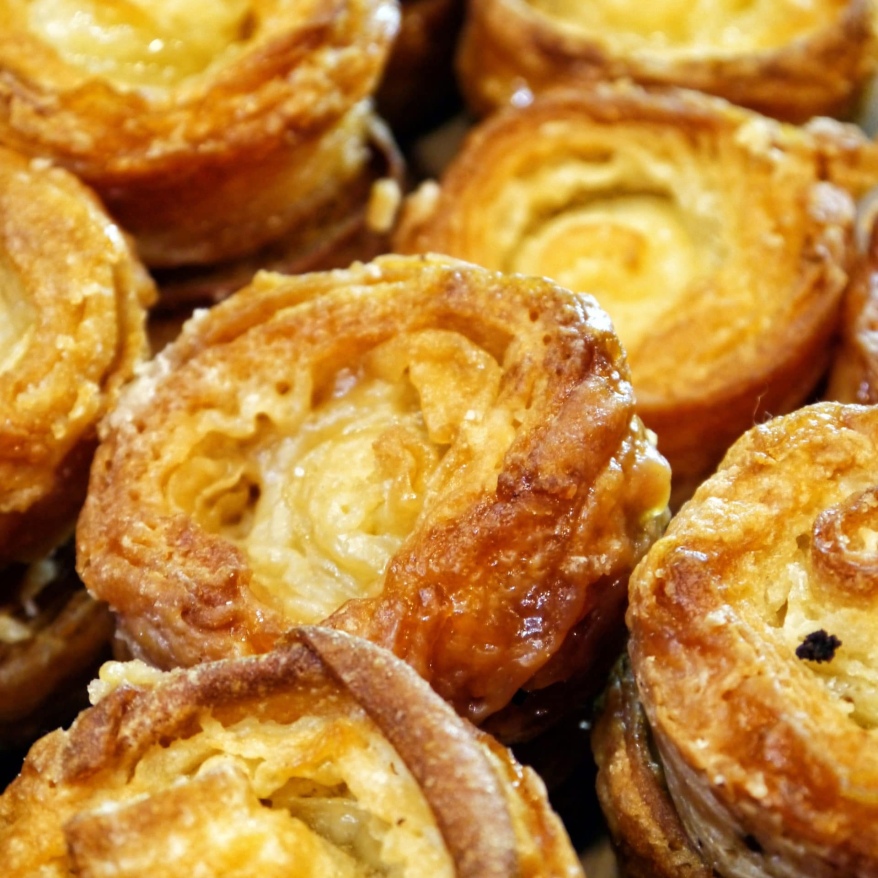 We are in the French village of Locronan, that looks much the same of the 15th century.
Here pedestrians still wander the cobblestone streets, cut off from car traffic, surrounded by granite houses. This well-preserved village, located in France’s northwest region of Brittany, houses a bakeshop called Le Guillou.
Here, five generations of pastry chefs have created kouign-amann, a regional specialty that features croissant dough laminated in salted butter and rolled in sugar. 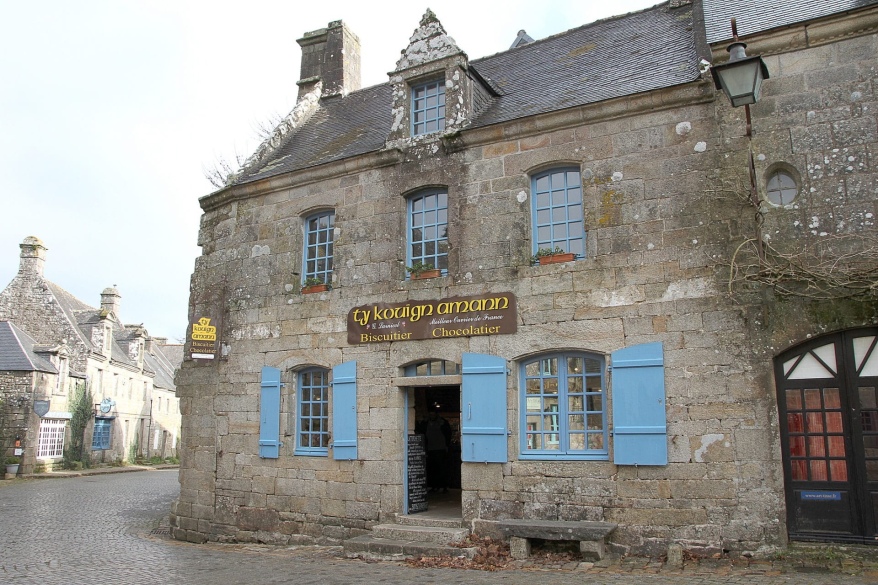 Though no one knows who invented this superb sweet, which is pronounced “kween-yah-mon”, it’s suspected to be the outcome of a happy accident within the 19th-century baking community.
According to the local story, a “pâtissier” from a town of Douarnenez in the district of Finistère, may have doubled-down on the sugar and butter in a desperate attempt to save a damaged batch of dough. But the resulting effect, a rich density that melts into the pastry’s soft layers and crispy, caramelized edges, doesn’t taste like a mistake!
Locals took to the creation and named it after the Breton words for “butter” and “cake.” 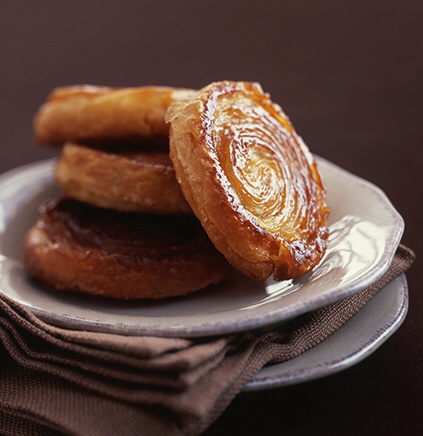 Nowadays, you can find kouign-amann in many variations: some bakers like to put sliced fruits or pieces of chocolate on the crispy icing of caramelized sugar. But the classic, plain pastry is my favorite.
To make sure you’re enjoying the traditionally baked kouign-amann, search for the sign “Véritable Kouign Amann de Douarnenez. Fabrication artisanale inventée vers 1860 à Douarnenez,” which means “Authentic kouign-amann from Douarnenez. Artisanal produce invented around 1860 in Douarnenez.”
In keeping with the croissant, the kouign-amann hasn’t remained confined to its designated place of origin.
In recent years, also bakeries around the United States have been enchanting their customers by selling kouign-amann filled with everything from chocolate ganache to cinnamon tahini. 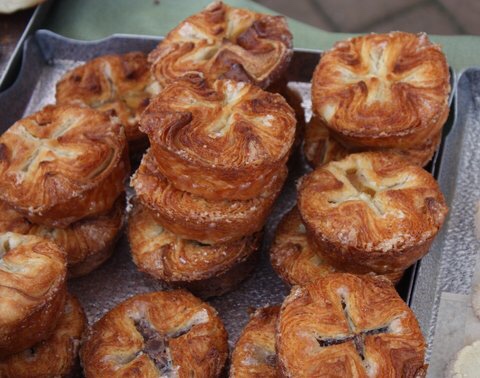