High on the Ming Hill, Fengdu, or the “City of Ghosts,” is situated at the northern end of the Yangtze River, China. It attracts tourists from all over the world, and even many visitors from within China as it is the place to learn about local ghost culture and the afterlife. Visitors to the area find that they are moved by the ancient craftsmen, the unique styles of architecture, and the nagging lesson that good is rewarded with good, and evil with evil.
Having nearly two thousand years’ history, the Ghost City combines the cultures of Confucianism, Taoism and Buddhism with the mystique of ghosts and still today it is filled with a eerie sense of the past.
Its story begins back in the Han Dynasty (206 BCE-220 CE), when two officials from the imperial court, Wang Fangping and Yin Changsheng, got bored with the political life in the court and came to Mt. Minshan outside Fengdu City to practice Taoist teachings. As story goes, the two became immortals by carrying out self-cultivation.
Later in the Tang Dynasty, their surnames were combined to mean “Yinwang”, “King of the Underworld” and a stupendous temple was erected on Ming Mountain depicting life in hell. Thereafter the mountain gained its reputation as the “City of Ghosts”, where the king lived. 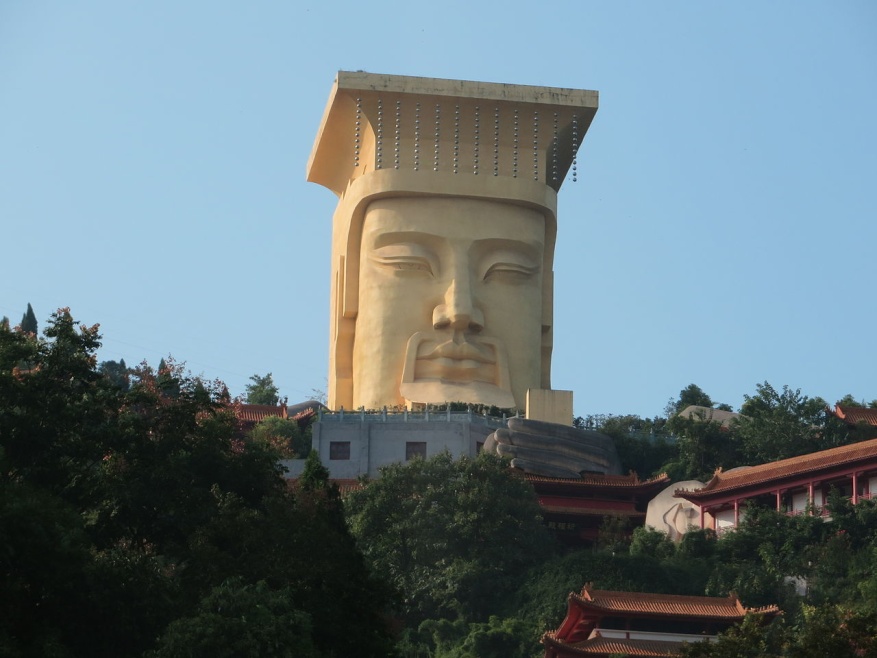 Most of the popular landmarks in the City of Ghosts have names that reference the afterlife: “Nothing-to-be-Done Bridge”, “Ghost Torturing Pass” and “Last Glance at Home Tower” – the three trials for ghosts who wanted to enter the nether world.
Built during the Ming Dynasty, the Nothing-To-Be-Done-Bridge connects the nether world with the real world and is a testing point for good and evil. According to legend, the bridge is composed on three identical stone arches: the middle arch is used for testing people, and there are different protocols for crossing the bridge depending on your gender, age and marital status. Below the bridge are square-shaped pools of water; virtuous people will pass over the bridge without obstacle, while villainous people will fall into the pools below. The other two arches are called the golden and silver bridges respectively. When preparing to leave, visitors are encouraged to pass these two bridges because according to local superstition this will bring them good fortune.

The Ghost Torturing Pass is the second test before entry into the nether world. It is said that this is the place where the dead report to the Yama, the King of Hell, for judgment. In front of the structure there are eighteen sculptures depicting (very lifelike) ferocious demons.
The third test to evade hell takes place at a large stone in front of the gate. The ghost must stand on the stone on one foot for three minutes: a good person will be able to do this while an evil one can not and will be sent to hell.

In the area there are statues and other artistic depictions of ghosts and devils, terrifying works that represent what happens to those who haven’t lived good lives after theirs is taken from them.
One other ghostly attraction in Fengdu worth mentioning is the Last-Glance at Home Tower, a structure built in 1985 that commemorates the site where spirits consigned to hell could take one last look at their families.
Less popular, but no less fascinating is the theme park/haunted house made to represent the terrors within the afterlife, complete with neon paint and vendors hawking Scream masks alongside an alleyway.

The giant face in the hill is called “The Ghost King,” and it holds a Guinness World Records title as the biggest sculpture carved on a rock. At 138 meters tall and about 217 meters wide, it can be seen from all around the city.
To Chinese, the social structure in the hell is similar that in this world: in hell, a sprit would go through a whole and complete bureaucracy to get the final sentence. The pure spirits would be rewarded and the sinful ones would be severely tortured with different tortures for different sins. The Temple built on Mt. Minshan display instruments of torture and wide demon images, which vividly depict the Chinese people’s imagination of Hell. 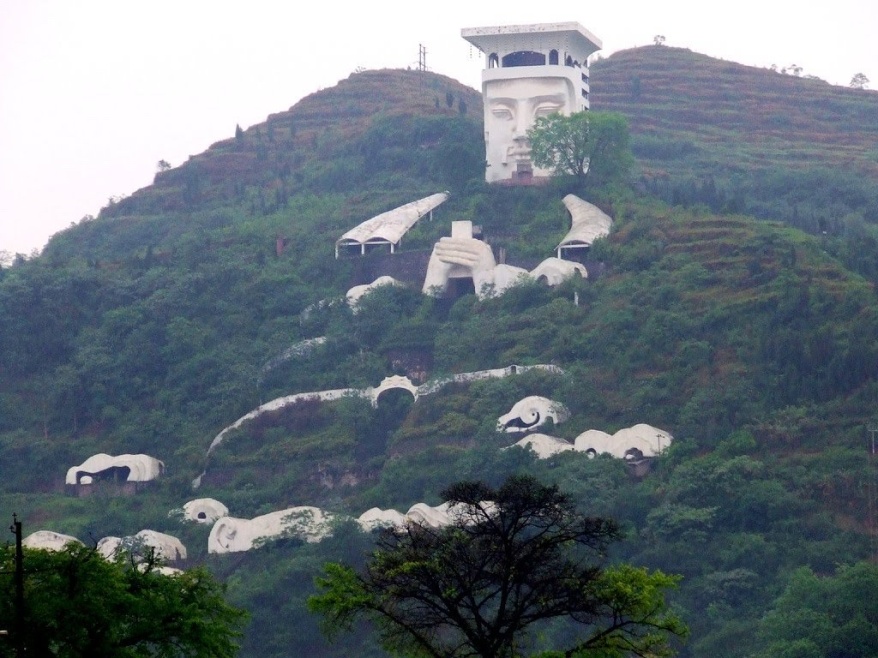 World volleyball star Georg Grozer has officially announced his retirement from the German national team. Before the start of the European Volleyball Qualifying Tournament for Tokyo Olympics in Berlin, more […]

France: 6/7 away victories in Round 16! Tours new leaders.

Home field canceled, and many surprises in the midweek round of French Ligue A (Round 16). After losing the first 3 regular season games, the reigning champions of Tours back […]

The 2 mainstars of the Bulgaria National Team, captain Viktor Yosifov (34) and the libero Teodor Salparov (37), have retired from international volleyball. Both decided to no longer play for […]

Gido Vermeulen and his staff were relieved of their duties with the Egypt National Team after failing to qualify for the 2020 Tokyo Olympics. In the African Qualifier at home […]