Not many know that today is a sad day for the metropolis of Milan, Italy: October 20, 1944 is sadly remembered as the day of the Gorla massacre, an event that not everyone, not even the Milanese, knows.
From Castelluccio Sauri, Foggia (a city previously destroyed during the Bombing of Foggia), in central-southern Italy, 103 American bombers left the airport and take off with the aim of targeting the Lambrate area, one of the city’s main railway hubs, but also industrial giants such as Breda, Isotta Fraschini and Alfa Romeo, who had converted in production for wartime production.
The 461° and 484° group reached the objectives, but the 451° group, commanded by Colonel James B. Knapp of USAAF (United States Army Air Force, and the supposed liberators of Italy) had a very different story: the group took off at 07:58 in the morning and early one of the planes found mechanical problems, returning to the airport and leaving the rest of the group with 35 aircraft.
The group arrived in Milan just after 11 am, when they found that they were on wrong route and too far away from original targets without time to fix the route. In fact, due to a mistake in the transcription of the coordinates, some planes had already passed the targeted area.
However, in order not to return to the base with the bombs triggered, the commander had two solutions: send the squadron to the countryside and get rid of the weight of the bombs before returning to Foggia, or loose the bombs right there in the residential neighborhood. The commander chose the second option, deciding to drop the bombs immediately, instead of launching them in the Cremona countryside, or in the Adriatic Sea.
The formation of bombers had 10 bombs of 220 kg each, and one of these hit the Francesco Crispi elementary school in the Gorla neighborhood of Milan. 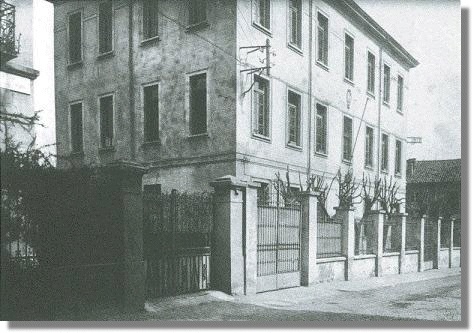 At 11.29 the districts of Gorla and Precotto were hit by almost 80 tons of explosives.
That morning, in addition to the school of Gorla, the school in the nearby Precotto district was also hit, but it had better luck: the children, though more numerous, managed to reach the shelter below before the bombs began to explode. Also in this case one of the bombs hit the school building, but miraculously the structure did not collapse. The parish priest Don Carlo Porro together with some parents gave the first rescue operations to save the students. Only two janitors died together with a father, overwhelmed by the collapse of the stairs leading to the shelter. 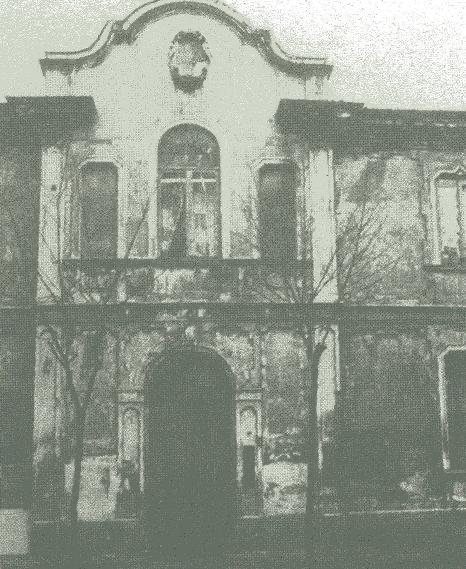 The inhabitants of Gorla neighborhood with sacrifices, deprivation and extra work, and with the help of the Falck Steelworks, who gave iron to sell to make money, and La Rinascente, who supplied the marble left over from its reconstruction (it had been destroyed by a bombardment the year before), they succeeded in raising a monument dedicated to the “Piccoli Martiri di Gorla” (little martyrs of Gorla) where the school stood, and where the remains of the children are kept, made by the sculptor Remo Brioschi and inaugurated in 1952.
The ossuary monument arose from the will of the parents of the victims of that tragic October 20, 1944. The land where the old school stood, after the tragedy, had been put on sale by the Municipality for the figure of Liras 6,000,000 (about six million) which would have been used for the construction of a cinema. Children’s parents, outraged, decided to make a statement in the Municipality and set up a committee to get the land on which the school stood. Their desire was to erect a Ossuary Monument to keep their children together and to remind the world of the sacrifice of so many innocent victims of the war.
The sad episode is also represented in the nearby church of the Convent. 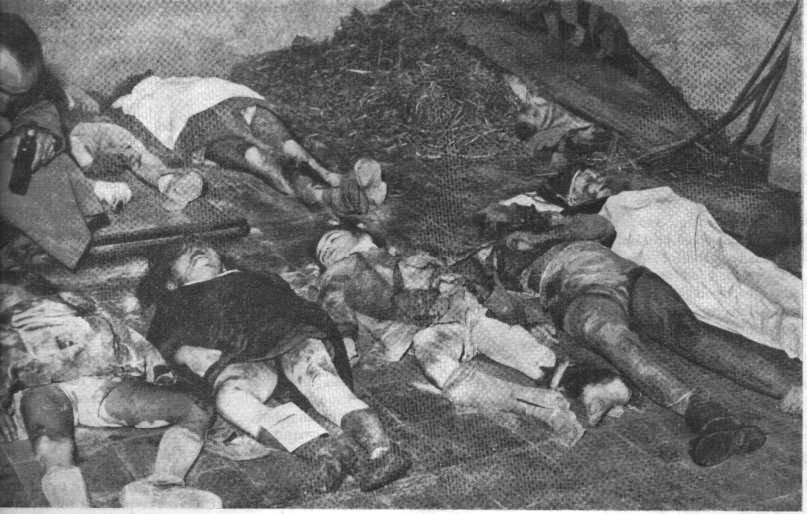 The European Volleyball Confederation (CEV) will financially help clubs who participated in European cups this season. Due to coronavirus pandemic that forced national federations, but also CEV itslef, to put […]

For the first time in history, Italy won’t participate in VNL

The next edition of the annual prestigious competition FIVB Volleyball Nations League will be played without the men’s and women’s national team of Italy. It will be the first time […]

Bulgaria: the season is over. Burgas wins.

After a videomeeting, the Bulgarian federation has opted to cancel the remaining part of the season of men’s and women’s championships. However, it was decided to assign the titles based […]

Argentina: the season is over

After a first suspension until March 30 due the coronavirus pandemic, the 4 semi-finalists of the ACLAV League (Bolivar, UPCN, Ciudad and Gigantes) agreed to definitively cancel the championship without […]

Bednorz to Zenit Kazan: this is one of the biggest transfers in Polish volleyball history

In season 2020/2021, experienced French opposite Antonin Rouzier will play in Qatar. Former French national team player has signed a contract with Al Rayyan SC for next season. Last two […]