If recently you’ve been to a wedding, probably you’ve been handed a wedding program upon your arrival, featuring photographs of the happy couple, tidbits about how they met, details about their families or the story of their first date. Little books like these can frequently be found in Thailand as well, but not for weddings. For funerals. Yes. Really for funerals.

In Thailand the custom to give out gifts to attendees at funerals it has been a long-held tradition.
These small memorial books, locally called nang sue ngam sop, are typically written by the family of the deceased. Distributed by family members into the temple to say their farewells, the books are not unlike the wedding programs detailing various aspects of their loved one’s life, and document photographs from graduations, weddings or significant events, reprint important Buddhist sermons, but also personal stories and anecdotes and often, their favorite recipes. Thais consider funeral books a way to safeguard good memories of a loved one.
For istance, a jewelry aficionado’s funeral book could contain a primer on spotting gem quality, or for an avid foodie, it might include his favorite places for street eats, with local histories of the vendors. Yet whether a slim pamphlet or a thick, hardcover volume, favorite family recipes have become standard funeral book content.

According to the legend, the origins of the Thai funeral book are rooted in tragedy. The first queen of King Rama V, Sunandha Kumariratana, and her daughter, Princess Karnabhorn Bejraratana, drowned in 1880 when their boat capsized on the way to the the royal family’s bountiful Bang Pa-In summer residence, outside of Bangkok. Courtiers and servants who would have been able to help were rooted to the spot, for fear of breaking a law that forbade commoners from touching royals. At their funeral, King Rama V gave out 10,000 books to commemorate the lives of the queen and his daughter, even though these featured Buddhist teachings and philosophy, and did not include any recipes. Instead, they. In any case the funeral book was born, and the custom was swiftly copied by the king’s subjects.

The motives behind this tradition, however, may not entirely stem from a desire to keep good memories of the deceased alive. Especially in past time, grand families were very competitive in showing face, and still are. Funeral books would have shown all the titles, awards, and social class that the deceased had been bestowed, which would be of vital interest for the surviving relatives to publicize and justify their social position.
Initially, Buddhist philosophy was a popular feature, at least until King Rama V himself in 1904 proclaimed the volumes to be “not very enjoyable” and advised future books to include more interesting subject matter, such as popular Thai fables or some personal anectods. It was only later, in the mid-20th century, when food and recipes became the norm in funeral publications.
Strange but true, in Thailand cookbooks are a relatively recent discovery. Inspired by Isabella Beeton’s The Book of Household Management, the first Thai food cookbook, named “Mae Khrua Hua Pa (translated as “Talented Women Chefs”), was published by Lady Plian Phasakorawong only in 1908. Earlier, recipes were transmitted verbally to family or household members only, and people were very jelous of their culinary knowledge.

Recipes from funeral books have been the main inspiration for Chef David Thompson, whose now closed London restaurant, Nahm, earned a coveted Michelin Star – the first for Thai cuisine. The Chef has a collection of 500 Thai funeral books, and he is not alone. Lot of chef have a sizable funeral cookbook collection of their own. The books, while providing a snapshot of a certain time, were also helpful in showing how Thai cuisine has evolved.
Md that’s true: lot of the best Thai restaurants across the globe sourced their recipes from funeral books! 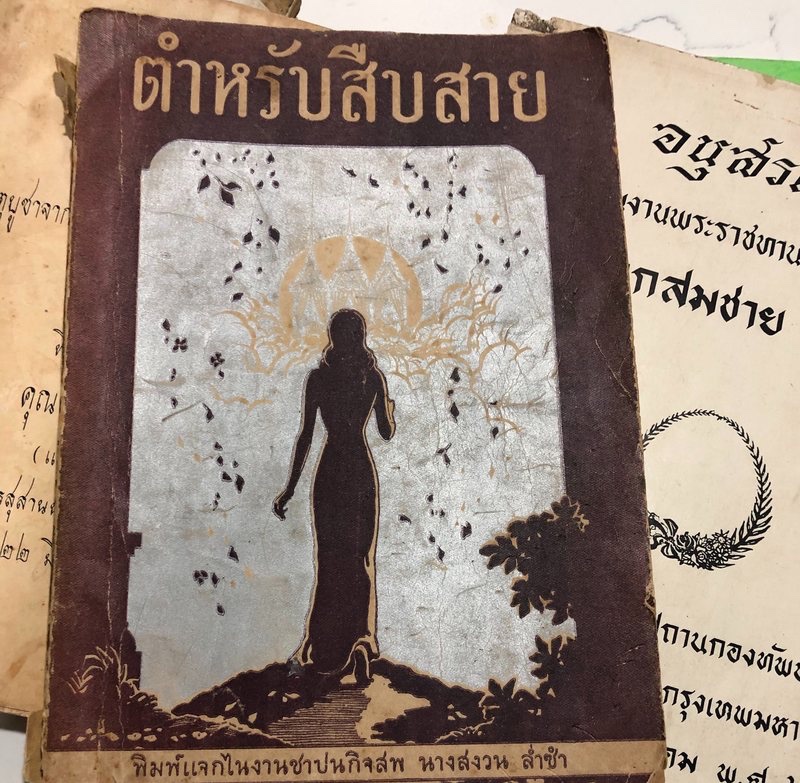 After several virtual meetings and debates, the Brazilian Volleyball Confederation (CBV) canceled all activities of both men’s and women’s national teams until the end of 2020. Both head coaches, Renan […]

After the unespected defeat in Game 1, Olympiacos completes the comeback and, winning 3-0 the decisive Game 3, as expected, becomes the first finalist of the Greek championship, the only […]

Greece: Panathinaikos didn’t give away single set to PAOK, the qualification to the final will be determined on Sunday!

After the sensational comeback suffered in Game 1, Panathinaikos managed to push the series of the 2019/20 Greek volleyball Championship playoff semifinals against PAOK to Game 3 that will decide […]

The men’s and women’s Russian volleyball championships will have strict regulations when it comes to the next season, imposed to protect all participants from the COVID-19. First of all, persons […]

Olympiacos defeated Foinikas Syros in a clear straight sets victory (25:22, 25:20, 25:19) in Game 2 of the 2019/20 Greek volleyball Championship playoffs, the only one resumed after coronavirus pandemic. […]

Italy: Milano made official the replacement for superstar Abdel-Aziz

As already anticipated time ago, Jean Patry is the new opposite of Italian volleyball Championship side Allianz Milano. The France National Team member will replacing Dutchman superstar Nimir Abdel-Aziz. Given […]

Italy: As anticipated a few days ago, Vettori returns to Modena after 3 years

Famous Russian volleyball player, well-known by the untamed temper that caused him problems on numerous occasions, Aleksey Spiridonov will continue his career in Greece, with Olympiacos S.F.P jersey. The one-time […]