The Mysterious Greek Ship on the Coral Island of Kish.

Last week, a mysterious wreck appeared on the shores of Myanmar. But there is another story, which speaks of a more or less mysterious wreck, a massive ship landed in the azure waters on the shores of Kish, known as the Greek Ship.
We are off the coast of an Iranian island, where this steamship has been beautifully rusting since the 1960s. It is the ghostly husk of a dead steamship that has not left its spot since 1966 (and probably isn’t leaving any time soon), and now is sitting in the shallow waters off the coast of Iran’s Kish Island.
The rusting husk nicknamed the “Greek Ship” (in Persian کشتی یونانی‎, Kešti-ye Yunāni) is actually what remains of a cargo ship formerly known as the Khoula F. The ship was originally built in Scotland in 1943, by the British shipyard of William Hamilton and Company in Port Glasgow, and known as the Empire Trumpet. She sailed all over the world during her operating life, regularly changing crews and names. Her final owners were Greek, which is how the ship eventually got the common name that it is known by today.

In 1966, the Khoula F ran aground on the south-western coast of Kish in the Persian Gulf and, despite efforts to drag her back out to sea, she was forever stuck in the same place. The Dutch tugboat, Orinoko, spent 80 days in vain trying to pull the ship out. Others failed attempts were made to free it, but the passengers were finally forced to abandon ship, because it was not financially feasible to move it. Information obtained from Lloyds of London insurance company show that the ship flew a Greek flag and was called Kolaof at the time. So, the insurers declared Khoula F a total loss and she has remained beached ever since. Ironically, she was on her way to Greece when she ran aground, and according to legend, the owners set the ship on fire when they abandoned it, assumedly as a cheap form of ship-breaking. It is hard to know whether this is true today as time and rust have taken their toll on the ship. Portions of the ship are falling apart, and the whole story is a rusting wreck.
But even as a wreck it remains a scenic piece of trash, and surely worth a visit: watching the sun set slowly behind the Greek Ship in the azure waters of the Persian Gulf is an unforgettable and incredible show. 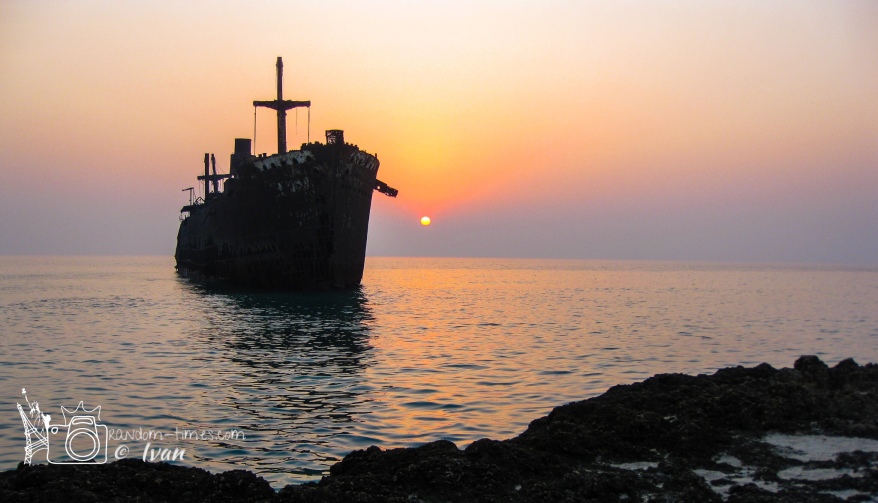 #ChampionsLeague: Zenit put participation in 1/4 finals in stand-by! Jastrzębski Wegiel come back from down 9-14 in tie-break!

Jastrzębski Węgiel shocked Zenit Kazan in the postponed of Round 1 of the 2020 CEV Volleyball Champions League – pool stage! Zenit put their participation in the quarterfinals of competition […]

The Wörther-See-Löwen Klagenfurt celebrated their first win in their second match in the lower round of DenizBank AG VL, by beating in straight sets at home TJ Sokol Wien, partially […]

Turkey: Fenerbahçe give no chance to Halkbank to become the new leader of EfelerLigi

Fenerbahçe HDI Sigorta took over the lead of the 2019/20 Turkish EfelerLigi regular season. They swept Halkbank in what has been a big match of the national championship for years […]

France: Nice-Ajaccio 1-3 in the advance of Round 15

Without the opposite hitter Cox, stopped for a shoulder problem, Nice suffers yet another defeat at home against Ajaccio in the advance of Ligue A Round 15. With this victory, […]

Austria: Amstetten starts with a victory vs. Klagenfurt the lower round

İnegöl Belediye made a huge upset in Round 12 of the 2019/20 Turkish AXA Sigorta Efeler Ligi regular season. İnegöl Belediye, who were at the penultimate position in the standings […]

Mark Lebedew has announced that he will not continue as head coach of the Australian National Team. The decision comes after his team missed qualifying for the Tokyo Olympic Games […]

Italy: Abdel-Aziz says STOP – Lube’s unbeaten record is over! 9th victory in a row for Perugia