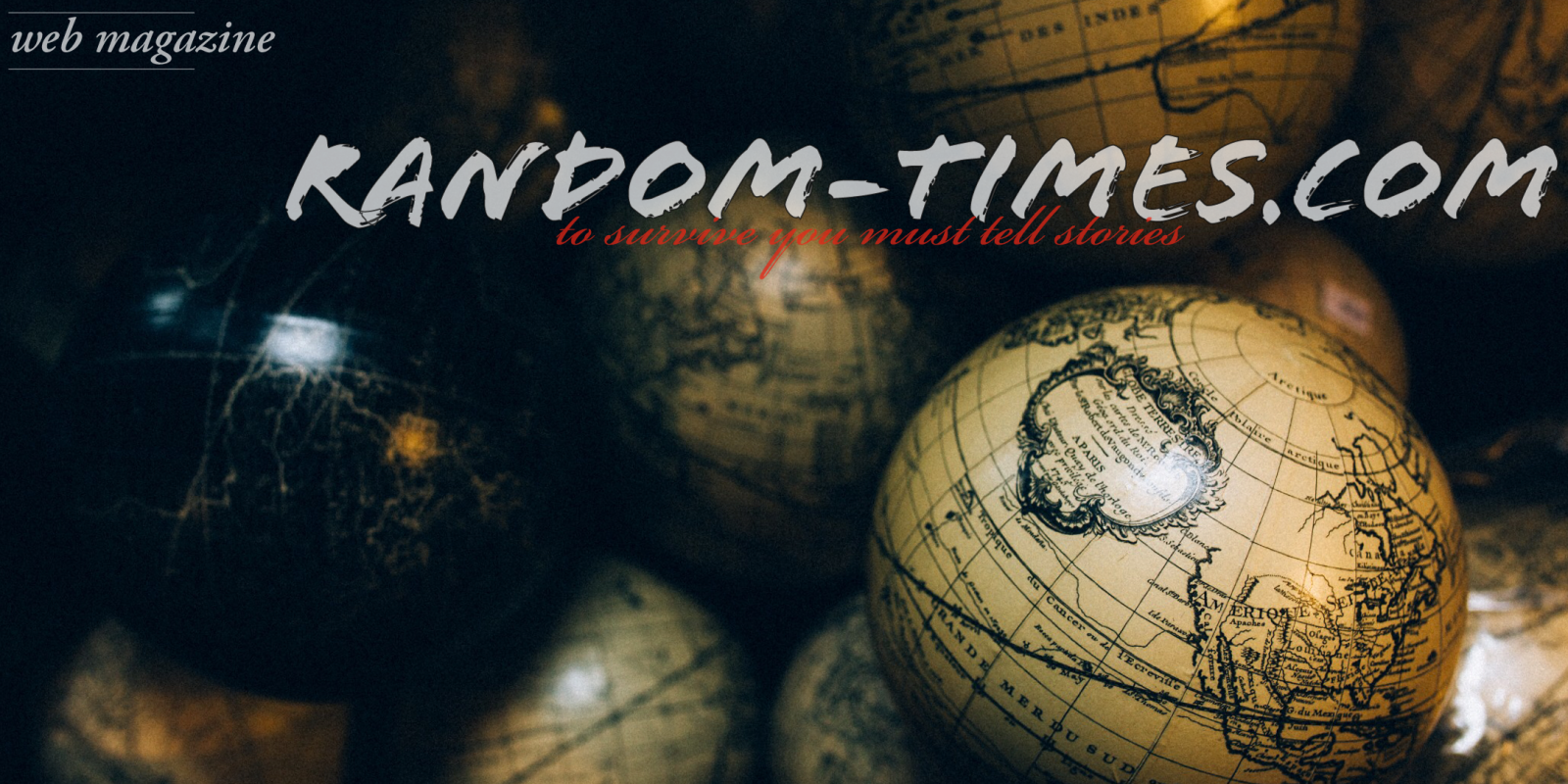 This magnificent three story manor home was built by Chester Thorne, who was one of the founders of the Port of Tacoma (a major seaport and top 10 U.S. container port), as a gift to his bride, Anna.
After almost four years of works, the 2.500 square meters manor was finally ready in 1911 and only the very best went into its building, including 400-year-old bricks from an original English castle.
Designed by a famous architect, Kirkland Cutter, this English Tudor/Gothic mansion, having 54 rooms, including 28 bedrooms and 22 baths, is one of the few real private castles in the United States. 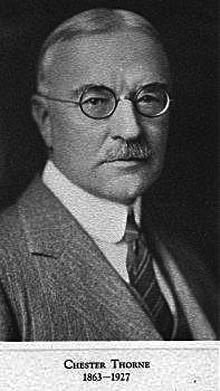 Chester Thorne was enchanted by the grandeur of old English states, so the wealthy man was determined to reinvent his own castle as a dream house. He purchased a 400 year old manor in England, had it dismantled and shipped to the United States brick by brick to be included in the building of what is now known as Thornewood Castle. Three ships had to be commissioned to transport the original bricks, wood and windows around Cape Horn to the Pacific Northwest. The manor, built to last through the centuries, has a collection of rare artwork which is hand painted onto the glass, mounted in windows throughout the estate.
After the house was built, 37 of the estate’s 100 acres were turn into gorgeous English gardens, strewn with elegant statues, and a secret “sunken” garden designed by the Olmsted Brothers, out by the pool. The gardens required a full-time staff of 28 gardeners, while inside, the staff included 40 servants to look after the needs of Chester, his wife, Anna, and their daughter Anita.
Over the years, the house hosted many nice garden parties and dinners with the likes of Presidents Theodore Roosevelt and William Howard Taft among some of the guests. 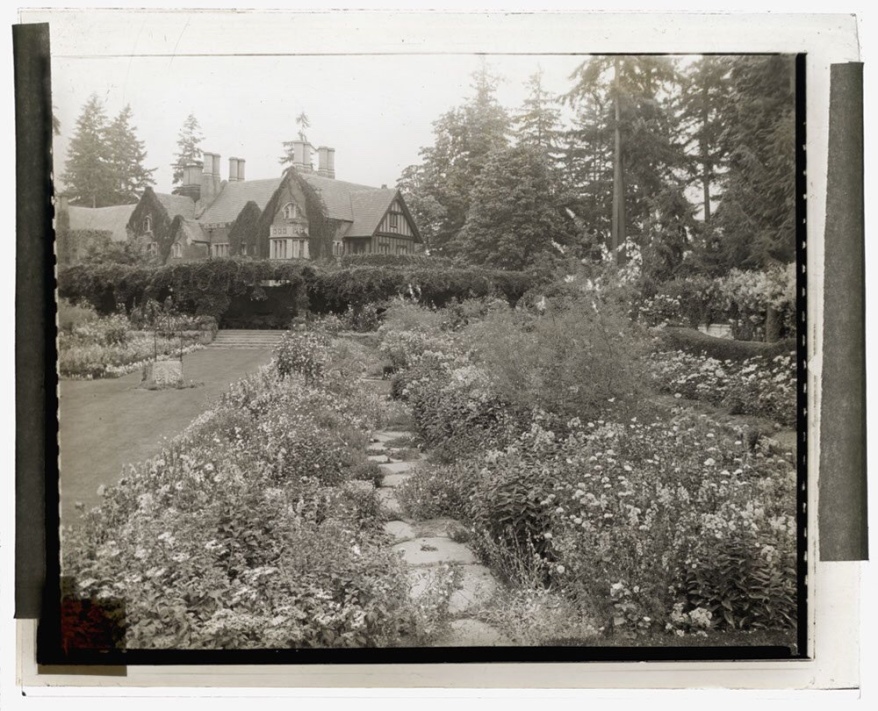 However, the wealthy banker and businessman died on October 16, 1927, after having enjoyed his home for over a decade and, of course, making significant contributions to the Seattle/Tacoma area. Anna Thorne was elected to the board of directors of her husband’s bank, and continued to oversee her husband’s philanthropic efforts in the community, as well as the mansion and gardens. Meanwhile, their daughter Anita married and the couple, along with their son, also lived in the large manor.
Later, the pair would divorce and Anita remarried Major General David C. Stone. Her mother, Anna, dying peacefully in the manor in 1954.
When General Stone died in 1959, Anita, despite her strict instructions to never part with the property, sold the house and grounds to Harold St. John, who subdivided the land for 30 home sites. Over the next several years the house was sold several times and long story short, it’s now a bed and breakfast. 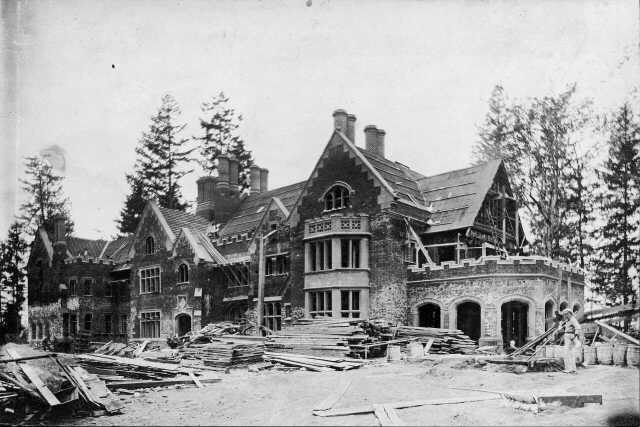 Today, the historic manor is said to host a number of ghosts that refuse to leave, either for their love of the castle or for the tragedies that occurred over its long history. The most popular sighting is that of Chester Thorne himself, who has reportedly made several appearances over the years. In what was his former room, light bulbs have been known to turn on and off of their own accord. They have also been found unscrewed.
Guests and staff have reported seeing Anna, Chester’s wife, sitting in the window seat of her room. She can be seen looking at the garden longingly. Anna’s room is now the bridal suite which contains an original mirror from her time, where some guests have reported seeing her reflection behind them.
According to some accounts, the grandchild of a former owner drowned in the lake and occasionally guests have seen a small child standing alone by the lake, and when they to rush down, they find no one there.

Now the castle is recorded on the National Register of Historic Places, and serves as a pretty country inn that has been lovingly restored, offering all the modern conveniences of modern lodging. Guests can also roam the property, a lovely ½ acre sunken English garden, and fishing, swimming and boating on the American Lake.
Appropriately, the Castle was used as a set for the Stephen King film Rose Red in 2002. Strangely, the haunting rumors coincidentally started popping up after the estate was used by the horror movie master, where it portrayed a diabolical soul-sucking house that kills anyone who enters. It was also the star of the sequel, The Diary of Ellen Rimbauer. 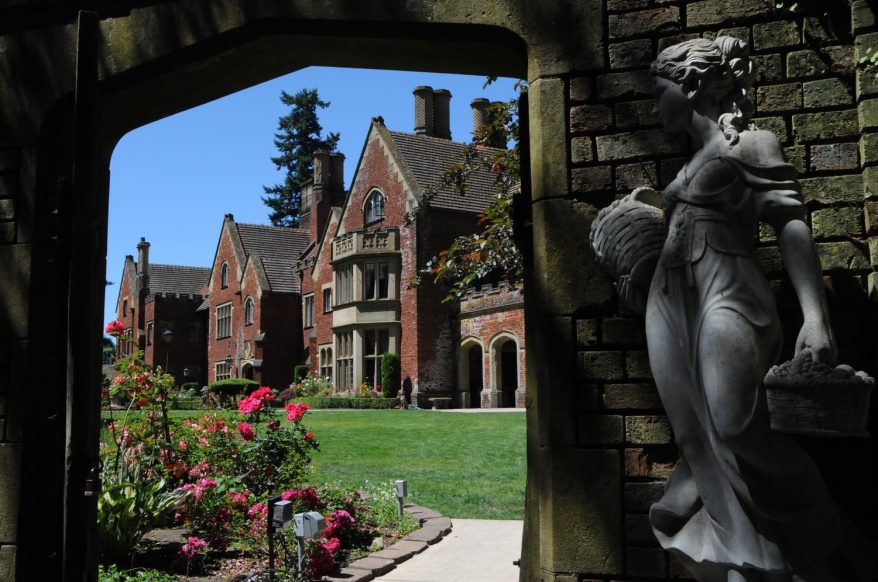 OFFICIAL WEBSITE: Thornewoodcastle.com.
The source is my brother.
Images from web.

The setter of the Bulgaria volleyball National Team, Georgi Seganov, was tested positive for COVID-19. The presence of the coronavirus has been detected at the two-month camp of the Bulgaria […]

Some clubs in the Italian volleyball Championship proposed the postponement of the start of the new season, given that it’s uncertain when their foreign players will join them. And Lucarelli […]

Spiridonov continues his career in Qatar

Against the odds, Panathinaikos (who faces these playoffs without the Serbian opposite Starovic) wins with a clear 3-0 Game 1 of Final on the Olympiacos field (even if they still […]

The outside hitter Cristián Poglajen and opposite Bruno Lima, both key players of Argentina National Team, have the same destination for the next season. Both will be parts of the […]

France: a new middle-blocker for Paris

Bulgarian middle-blocker Svetoslav Gotsev is officially a new player of Paris for 2020/21 season. The 29-years old player come from Russian side Ural Ufa. For him this is second season […]

The eight-time Portuguese volleyball Championship winners Sport Lisboa e Benfica renewed the contract with one of their key players: Brazilian veteran Raphael Oliveira “Rapha”. Thus, the 36-year-old outside hitter will […]